One of the biggest plusses of the 2014 elections has been that fact that Indian youth has become more engaged in the political process. We see more political discussions online, see fearless expression from youngsters and an overall increase in curiosity levels as well.

I sense that youngsters in the Country want to talk politics more, especially the ones that have cast their votes for the very first time. Very often they find themselves unable to partake in discussions because they do not know the jargon or are unable to place the different names that the older generation refers to (I went through this when I was younger, I would never know any of the names or terms). This very often turns off the youngsters and they become disengaged. This is a shame.

This piece is a bid to improve the vocabulary of political discussion. I never understood these terms left or right or center-left, center-right, etc. And when I started understanding them, I realized that a great many were using these monikers incorrectly.

There are two axes on which we can define Left and Right, the Economic axis and the Socio-Cultural axis. Very often, the parties to the right on one axis are also on the right on another axis, so we do not care to distinguish between the axes. But it helps to know both axes.

Left vs. Right - The Economic Axis. Essentially, the left espouses the role of government; and the right wants more freedom for the market (private sector) 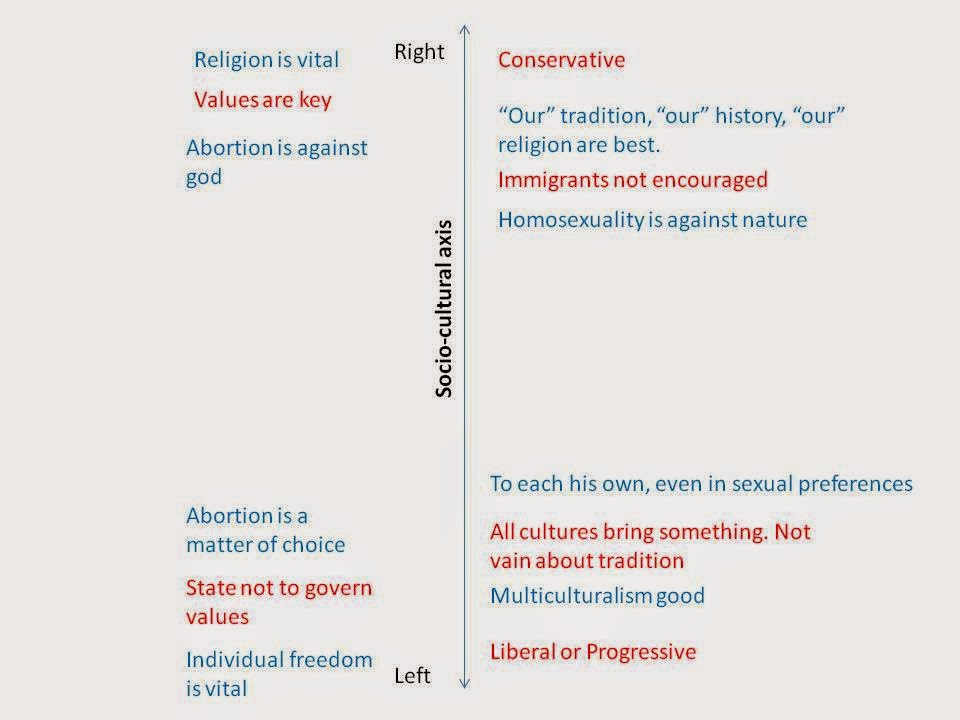 On this axis, the right is conservative, holds the idea of "values" dear, holds religion to be important and is proud of lineage and tradition. The "left" is liberal, prizes the idea of individual freedom, and believes that the state has no role in prescribing morality.

Countries placed on this matrix 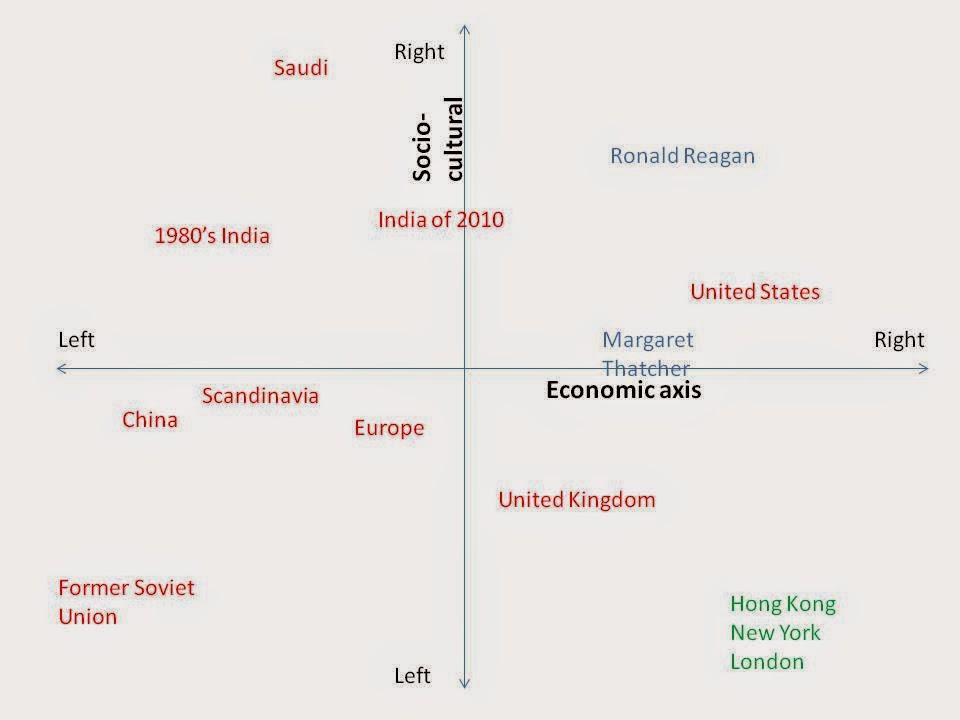 Caveat Emptor: The above diagram is merely thematic. I have put this here in order to encourage some form of thinking/discussion. So, if you have any views on where some country ought to be placed, please voice those. 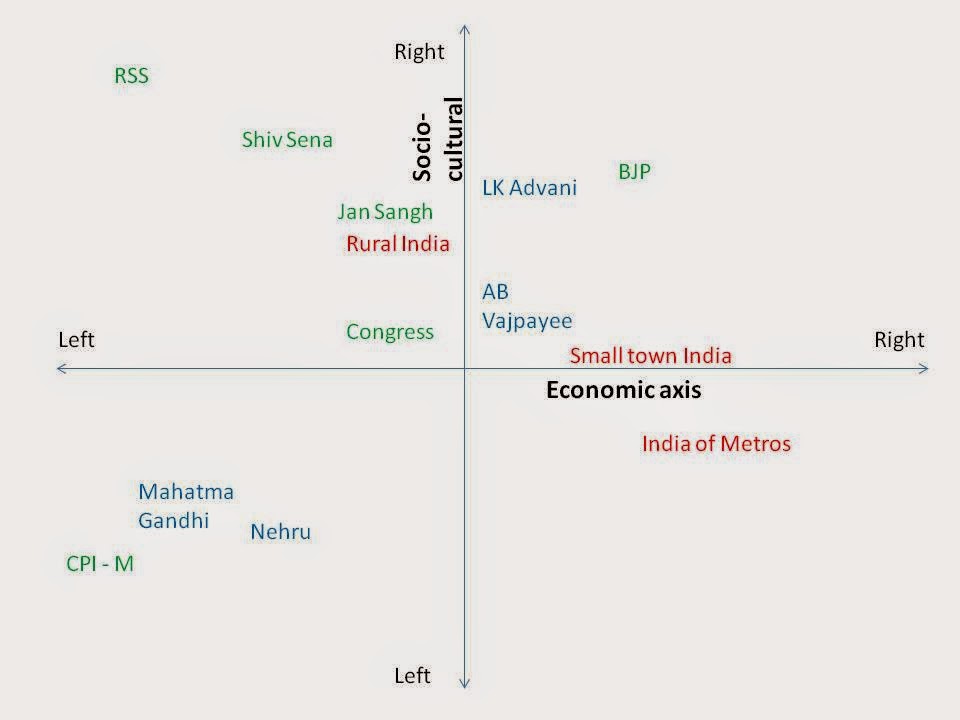 Again, the above chart is subjective. Kindly bear that in mind. Might be a fun exercise to think in terms of where you would fit in.

I am mildly right of center economically, and sharply left of center socio-culturally. So, I will probably occupy (2, -5) in what will henceforth be termed as the enlightened quadrant.

Posted by Rajesh Balasubramanian at 12:31 AM